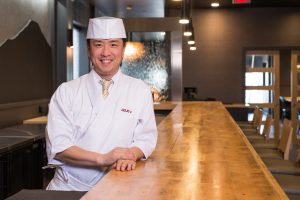 With over 20 years of experience working in kitchens across Japan, Chef Masashi Katsuki brings his passion and expertise in Japanese cuisine to Canada’s smallest province. Chef Masashi began his career at the age of 18, working at Matsusuke Restaurant in Kitakyushu. Here he learned the importance of selecting the freshest and best fish at the markets each day and came to appreciate how the taste of sushi can differ depending on the cut of fish.  Chef Masashi then moved to Hokkaido, where he spent eight years working at an Otaru Masazushi Restaurant. Here, he further developed his skills in Japanese cuisine and the art of sushi-making.  During his career in Japan, Chef Masashi also received gold and silver medals in competitions for his renditions of traditional Japanese food and sushi.

In 2018, Chef Katsuki visited Prince Edward Island on holiday. During his vacation, he had a chance to meet with Yuichi Hojo, who invited Chef Masashi to join him in launching PEI’s first authentic Japanese restaurant as Head Chef. 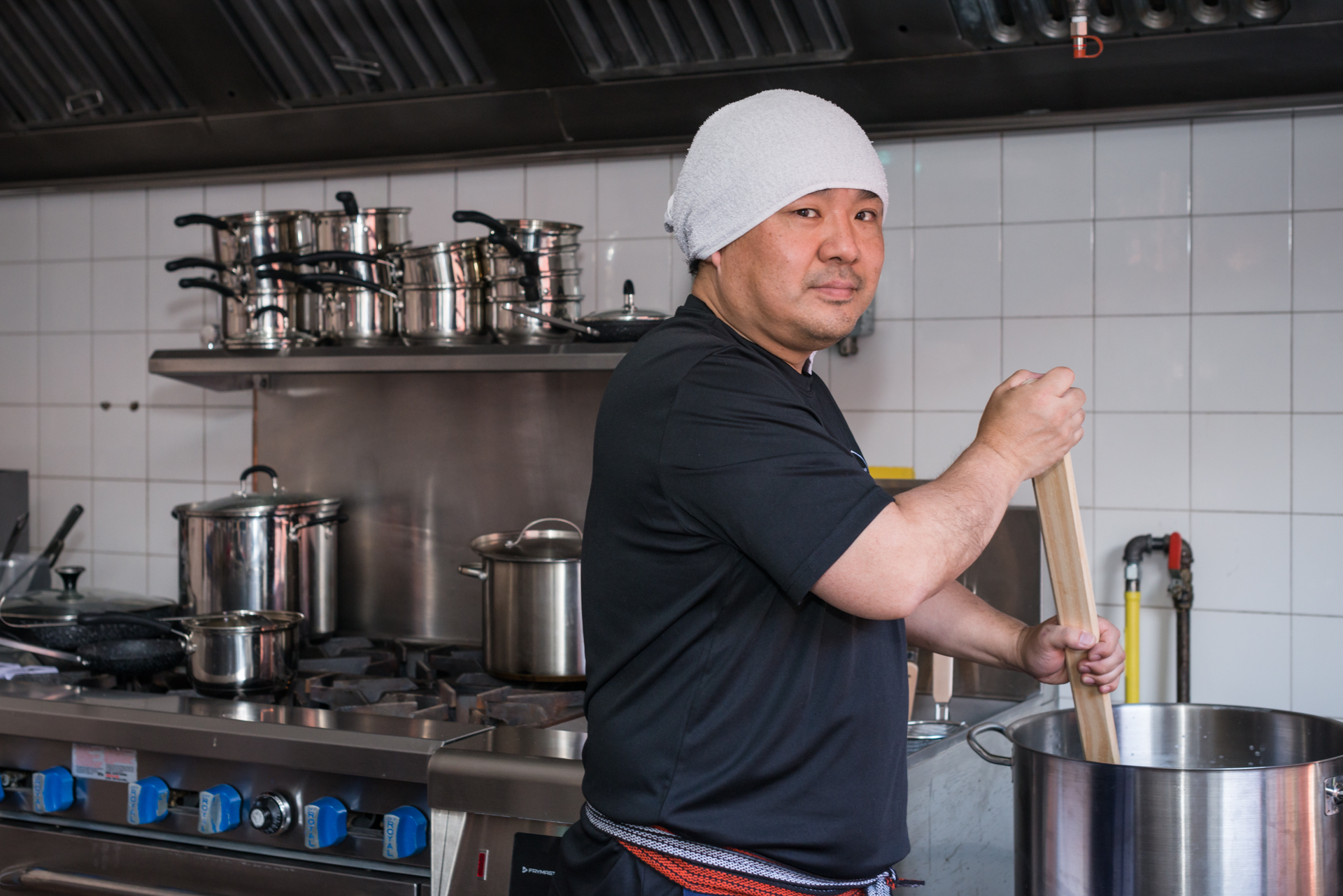 Ramen is a staple of the Japanese diet, but it’s the ever-evolving nature of this dish that has always attracted Chef Yoshihisa Takashima, who loves researching and developing new ramen dishes.

With over 20 years of experience working in the ramen industry, Chef Yoshishisa knows the secrets to creating authentic ramen, including freshly-made noodles and a homemade broth. He’s worked at 5 ramen restaurants, including a well-known vegan restaurant in Kyoto.  From 2015 -2019, he also attended courses at the Yamato Ramen School to further polish his knowledge and skills. Chef Yoshishisa is also a graduate of Tokyo Sushi Academy, where he honed his sushi-making skills.

As Hojo’s ramen specialist, Chef Yoshishisa is looking forward to introducing guests to authentic ramen and flexing his creativity.  He’ll also be tending to the noodle machine located in the dining area, where guests can get watch first-hand as he creates fresh ramen noodles – a key ingredient for exceptional ramen.

Chef Eisuke Koyama believes that the food we choose to eat has a huge impact on our health and well-being and is passionate about sharing his love for Japanese cuisine.

Chef Eisuke has worked in restaurants in several Canadian cities, including Vancouver, Calgary, and Niagara. He also worked as at Shima Kanko Hotel in Japan, perhaps best known for hosting world leaders during the 2016 G7 Summit. It was here that Chef Eisuke developed an appreciation for, and commitment to, providing the highest quality food experience and impeccable service.